When your home is giving you electrical issues, you need to address them right away. Electrical problems can be hazardous because they can lead to shorts and cause fires. One indication that there's a serious problem with your home's electrical system is if you are resetting a breaker repeatedly. Here are a few things to consider as you narrow down the source of the issue.

Are You Resetting The Breaker Right?

While it may sound elementary, you do need to be sure that you reset the breaker correctly. Whether you're flipping and resetting the wrong one or you aren't flipping it completely, either issue can cause continued problems. Make sure you push the breaker switch all the way off, then flip it completely back to on.

Is There A Circuit Overloaded?

In most cases, it means that you have far too many things plugged into the power outlets in your home. It can also be caused by an appliance that's malfunctioning. Consider what's on the circuit that you are struggling with. Unplug everything that's on that circuit. Reset the breaker, then plug things in one by one until it happens again, at which point you can identify the culprit.

Is There A Short Circuit?

If your circuit breaker keeps tripping immediately after reset, that may be the indication of a short circuit in the wiring. This is usually caused by a wire that carries current coming in contact with a neutral one. The flipped breaker is a safety feature that helps to prevent an electrical fire. Since short circuits can cause electrical fires and overheated fixtures, it's important that you address the problem immediately. You'll want to leave that breaker turned off until a residential electrician can look at and repair it.

Is The Breaker Faulty?

While he or she is at it, they can also test the wiring on the circuit to be sure that there are no problems within the wiring causing the breaker to fail; otherwise, you will run into the same exact problem later. 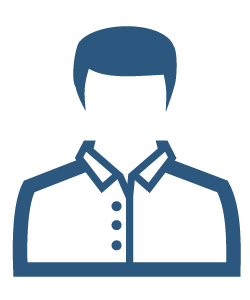 After I built my house, I knew that there were a few things I needed to do to really make the space feel like a home. For starters, I knew that the garden needed to be overhauled. I started working on the area, and it was really amazing to see how far it had come. Within a few short months, the entire space was stunning, and I was really pleased with the progress that we had made. This website is all about creating a nice garden that will bloom properly and look incredible, so that you can enjoy a gorgeous space.

Soil Unstable? 2 Methods That Can Be Used To Stabilized It
20 January 2020
If you have unstable soil on your land, you need to get it stabilized. This is especially important if you plan to build anything on the land, such as …

3 Benefits of Arranging for Mold Inspection Services
14 January 2020
Many homeowners have certain areas of their house that they only visit on an infrequent basis, such as the basement or attic. You might also have spar …

Why You Should Buy Recycled Paint If Your Local Paint Store Carries It
26 November 2019
When you have a home renovation or other project in which you'll be giving a room a fresh coat of paint, one of your first stops will be to visit your …